ARE YOU SEARCHING FOR THE BEST FRENCH CLASSES IN RAJAJINAGAR (BANGALORE) ?

“Language is the road map of a culture. It tells you where its people come from and where they are going.” ‒Rita Mae Brown

French language has always intrigued individuals who wish to learn a new language apart from their own mother tongue. Many students assume that it would be hard to learn the language due to the tough pronunciations. Some have very little idea of the scope that the language provides in their career. We at REKNOWN EDU SERVICES provides the Best French classes in Rajajinagar,

With the technological advancements that we have observed from the past few years, it has become really easy to learn a new language. Many individuals who wish to learn French have been able to fulfil their dreams through the various mediums that have evolved. 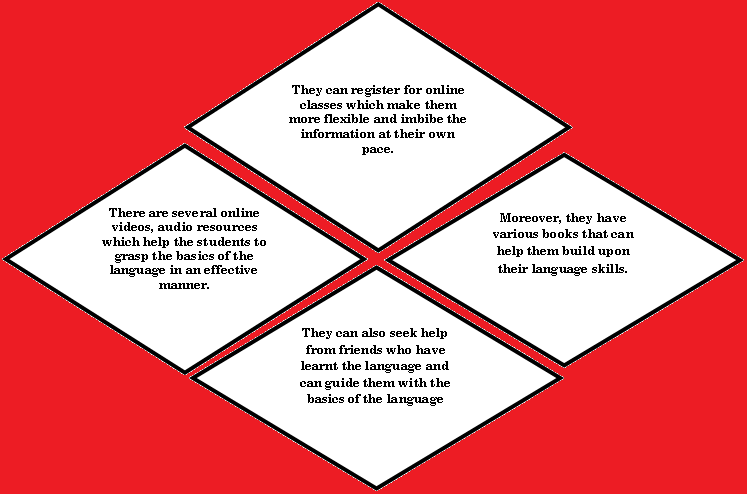 Scholars who really want to get a first hand view as well as a detailed explanation of the intricacies involved in the language are advised to seek professional help. Nothing can be more motivating than mingling with other language aspirants and being taught by a knowledgeable trainer who understands your needs.

A TRUE EXAMPLE OF HOW AN INDIVIDUAL WAS ABLE TO IMBIBE THE NEW LANGUAGE BY HER SHEER PASSION FOR THE DIALECT.

Shubha was intrigued by the reviews that she saw on Google written by our previous students at REKNOWN EDU SERVICES, Rajajinagar, Bangalore. She came to our Institution with the hope of learning French which she was so passionate about. Thus, after experiencing our demo session she made up her mind to continue the classes with us.

As she was an individual who was full of zest and zeal to go in depth into the Language, our trainer made it sure that she was given all the possible opportunities to learn the dialect and fine tune her communication skills in it.

As a whole, the experience for Shubha was truly enriching and she gained a lot more insight into the language than she had initially expected. Her progress was gratifying for us at REKNOWN EDU SERVICES,

To sum up, REKNOWN EDU SERVICES has now made a mark for itself as will definitely act as a platform for individuals who aspire to learn French and further develop themselves in both their personal as well as professional spheres

Menu
error: Content is protected !!
WhatsApp us for more info